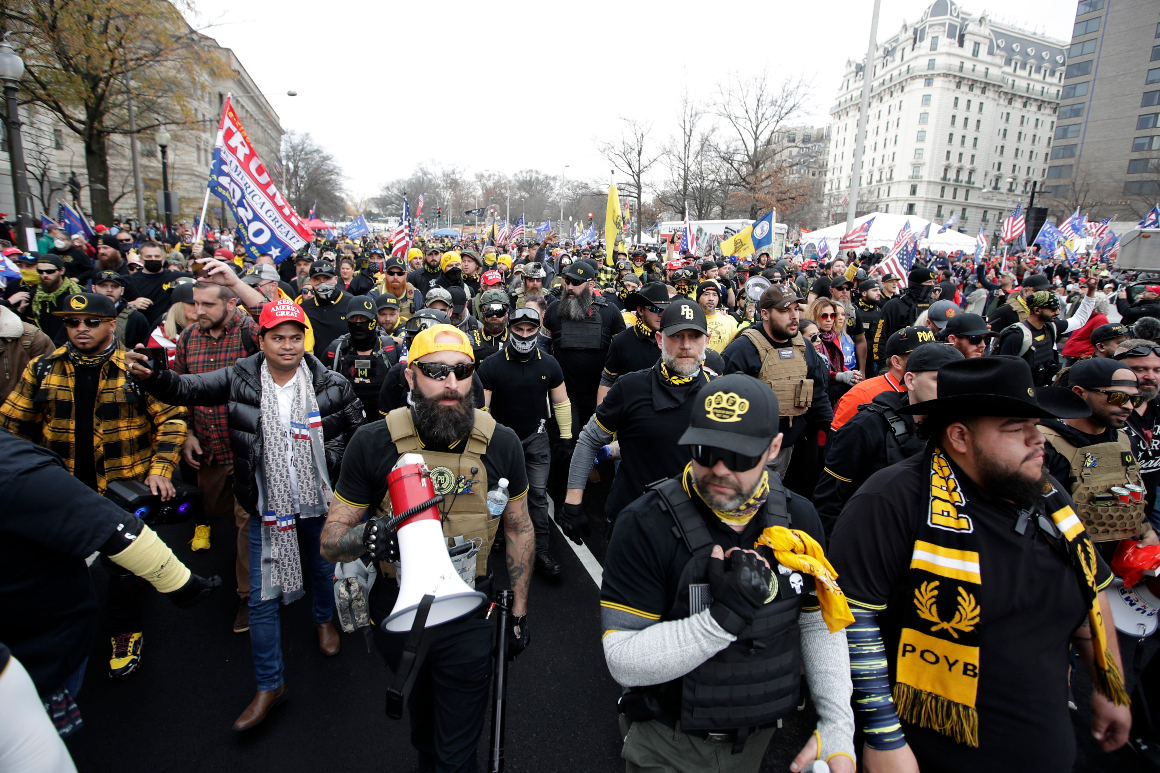 “We are doing everything possible that we can to keep our residents safe, our businesses safe, but, of course, allow for people to exercise their First Amendment rights, no matter what their viewpoints are,” Bowser said Wednesday morning on MSNBC’s “Morning Joe.”

The city has closed down streets around the protest site and called in the National Guard to support local law enforcement in anticipation of the demonstration. A smaller event happened on Tuesday, which Bowser said led to “several” arrests.

“We have the support of our neighbors and we are very prepared to have a peaceful protest,” she said.

President Donald Trump is scheduled to appear at Wednesday’s protest, and tweeted Tuesday night about the expected “BIG CROWDS.”

Bowser criticized Trump and other Republicans for inflaming tensions by casting doubt on the legitimacy of November’s presidential election, leveling accusations that they have “incited violence.”

The demonstration is timed to coincide with a joint session of Congress to accept the results of the Electoral College, which dozens of Republicans in both the House and the Senate intend to object to. Vice-president Mike Pence, who will preside over the proceedings, has indicated he will not act to reject Biden’s victory, and the Republican effort is expected to fail but may drag out the normally humdrum formality into a dayslong spectacle.

Trump has leaned on Pence to overturn Biden’s victory, both publicly and privately. The vice president is expected issue a rare tacit rebuke of his boss by not weaponizing the largely ceremonial role.

Bowser said the city, which votes overwhelmingly Democratic but lacks political power in Congress, is eagerly awaiting “turning page the page on this Trump era.”

The protest comes as Republicans appeared on the brink of losing two runoff elections in Georgia, defeats that would hand the Senate majority and unified control of the federal government to Democrats. Trump has baselessly accused Democrats of stealing the contests, as well as the presidential race in the state.

“Our Election Process is worse than that of third world countries!” Trump tweeted Wednesday.