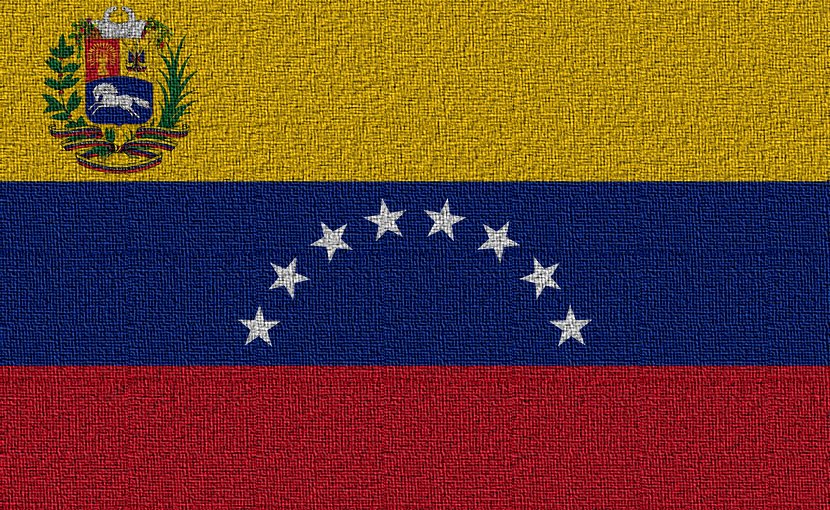 In 2017, Atilio Boron – an Argentine political scientist and Professor at the University of Buenos Aires – wrote, “Revolutions aren’t carried out neatly and with the inexorable logic of trigonometric theorems. Revolution is like an immense cauldron in which historical processes are forged, with all their human limitations and social contradictions.” This statement has assumed renewed significance as leftists debate the contentious anti-blockade law passed by the Venezuelan National Constituent Assembly (ANC) on October 8, 2020.

The law opens the door for privatization in strategic economic sectors and grants the government the option to act with confidentiality and secrecy while the US blockade and sanctions are in effect. However, it was clarified that the state-run oil company Petroleum of Venezuela (PDVSA) will not be privatized and full sovereignty over hydrocarbons and other natural resources will not be given up. Furthermore, while the law favors private initiatives, the Chavista organizer Oliver Rivas says that “it is also the case that it allows for the participation of the state and organized popular power”.

Behind the intense discussion of the anti-blockade law, one can observe the problems posed by advancing socialism through the electoral system and within the contradictory and unfavorable context of representative democracy and property regimes that support capitalism. Venezuela’s Bolivarian Revolution – initiated in 1998 by the late socialist president Hugo Chavez – attempted to facilitate transformational social changes by operating inside the bourgeoisie state apparatuses and gradually subverting it.

Venezuela’s “process of change [el proceso]” turned out to be extremely difficult. As Juan Carlos Monedero says, “Even when popular parties with redistributive agendas have won electoral majorities and gained, in principle, access to the governmental levers of power, they face a host of obstacles in implementing their campaign promises. They do not enter into full possession of the state, as if it were a new home: the rooms may be booby-trapped, the stairs barricaded; there may be snipers in the kitchen—shooters who are unseen because they are taken for granted, and all the more effective because unseen.”

The debate around the anti-blockade law is a contemporary manifestation of the sustained efforts to negotiate through the obstacles set up by the pre-existing bourgeoisie state. When Chavez came to power, a new economic model – ideologically oiled with the aspirations of an ultimate transition to socialism – was adopted. This growth model consisted of a combination of commercial surpluses (guaranteed by oil exports) and subsequent expansion of domestic demand by means of cheaper imports (which acted as indirect subsidies to domestic consumption), public investments, and social expenditures. All this was interspersed with increasing expropriations, nationalizations and the augmentation of worker presence on state company boards.

In addition to oil revenues, Chavez also tried to diversify the economy. He invested billions of dollars from oil revenues in agriculture, massive educational programs and in new industrial production facilities, “ranging from cell-phones to automobiles to bicycles to petrochemical products.” Yet, the final result of these diversification efforts turned out to be limited due to two reasons. Firstly, the presence of an overvalued currency that makes imports significantly cheaper than domestically produced goods acted as an impediment in the development of diversified productive forces. Overvaluation took place in 2003 when the government established currency controls in the midst of increasing political tension and under the pressure of massive capital flight. Under the new rules, companies that wanted to import goods and services had to buy dollars from a state administration called CADIVI. While the measure helped to fight capital outflow, the exchange rate between the bolivar and the dollar overvalued the former, thus encouraging capitalists to change their bolivars for dollars which are sold cheaply by the State and import products from elsewhere than to produce them in the country. In this way, the policy of an overvalued bolivar discouraged diversification.

Secondly, the combined effects of a US-backed imperialist offensive and an internal counter-revolution carried out by a murderous, coup-mongering opposition greatly damaged Venezuela’s over-all progress in the diversification of production. Reactionary groups manufactured a series of macro-economically destabilizing offensives, aimed at the violent destruction of the Chavista administration. Anti-Chavista attacks have taken the form of induced shortages, speculation, financial shocks, sanctions on production, violent uprisings (guarimbas), paramilitary activity, assassinations of Chavista leaders and organized disinformation campaigns.

Chavez’s neo-developmental and state-driven plan was coupled with a communal-socialist architecture tasked with the facilitation of self-governance through participatory forums. The rationale behind this idea was clearly explained by President Chavez: “We have to head towards the creation of a communal state. And the old bourgeois state, which is still alive and kicking – this we have to progressively dismantle, at the same time as we build up the communal state, the socialist state, the Bolivarian state, a state that is capable of carrying through a revolution”.

Communal councils (groupings of families involved in self-governance projects—in densely populated urban areas, two hundred to four hundred families; in rural areas, fifty to one hundred families) were established in 2006, followed by the creation of communes (self-governing units which aggregated smaller existing units) in 2010. There are more than 45,000 communal councils. Many have been joined together into larger communes, of which there are more than 1500. The communal councils are brought together with “social property enterprises” which are socialized units of production.

By unevenly reversing neoliberalism through (a) increased public spending (b) the construction of a participatory governance structure and (c) nationalization, appropriation and development of industries and companies, socialism was re-introduced into the political lexicon. The discursive and economic re-articulation of socialism antagonized and alienated the elites who had thought of the state as their instrument of self-enrichment. Therefore, the ties between the Chavistas and the private sector remained tenuous. In order to re-dominate the state, the capitalists ruthlessly unleashed an “economic war”, consisting of induced inflation, orchestrated shortages, a relative decrease of imports with respect to the foreign exchange delivered to the private sector, hoarding by oligopolistic companies that dominate the markets of specific goods and smuggling (mainly to Colombia).

To achieve a minimal level of politico-economic stability, the Chavista administration has had to establish tactical alliances with the bourgeoisie. These alliances have a contradictory character. On the one hand, they slow down the tempo of revolution by giving concessions to the bourgeoisie. On the other hand, they prepare a semi-stable environment with reduced volatility, providing the government with an elbow room for future maneuvers. This conflictual framework of social transformation is summed up by the Marxist theorist Roland Boer in the following maxim: “what is possible in the existing conditions determines the conduct on the path, while the finally possible ensures that one does not mistake partial achievements for the goal itself, even concealing that goal”.

The Contradictory Nature of the Anti-blockade Law

The concrete contextualization of the anti-blockade law in the richly-textured history of the Bolivarian Revolution makes it clear that it is an embodiment of the contradictory tendencies faced by a process of change. Due to blockade, sanctions and an economic war, Venezuela’s national wealth has rapidly depleted. To temporarily end the brutal counter-revolution being carried out by the bourgeoisie, the anti-blockade law will use capitalist methods to re-accumulate wealth and form tactical alliances with the bourgeoisie.

It is important to remember that the economic strategy being implemented by the new law is internally contradictory and is a result of an economic impasse. The Marxist economist Ernest Mandel once wrote: “Growing productive forces with growing commodity-money relationships can in fact move a society farther from the socialist goal instead of bringing it closer. However, abolition of the commodity-money relationships without sufficient growth of the productive forces decays into rationalization of scarcity, which in turn moves socialism farther off, both objectively and subjectively.” Therefore, the anti-blockade law is an extremely delicate legal tool aimed at carefully re-configuring the correlation of class force. In the current conjuncture, Chavistas need to properly utilize the law so that it ultimately makes it possible to advance on the long road to socialism.

This article was also published at Green Left.

The article Bolivarian Socialism And The Anti-Blockade Law In Venezuela – OpEd appeared first on Eurasia Review.